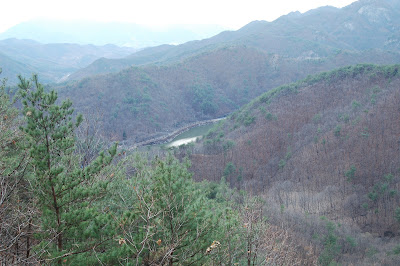 I brought my camera up my climb and took shots from the top! 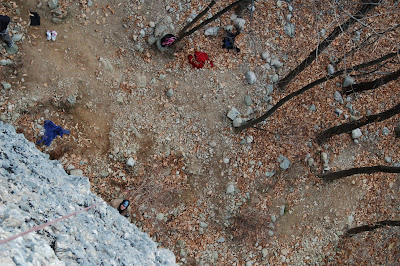 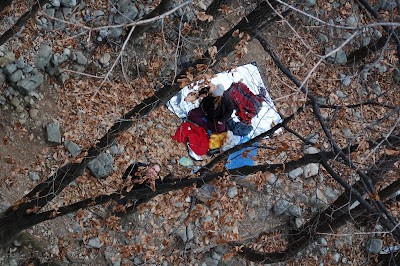 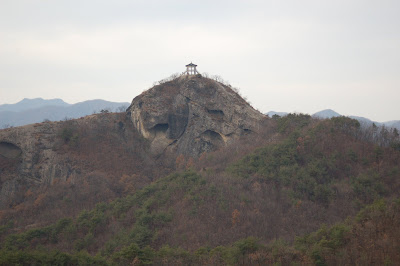 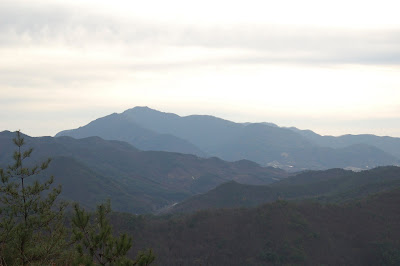 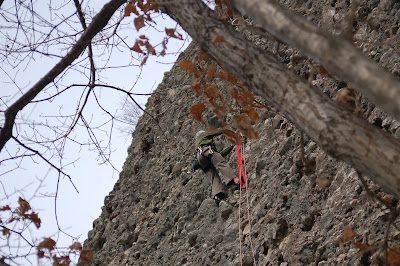 Nick making it safe for us 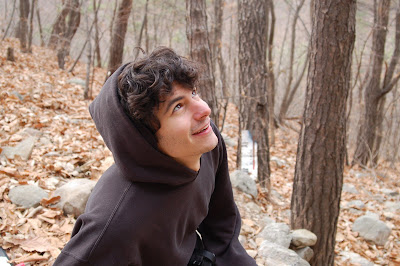 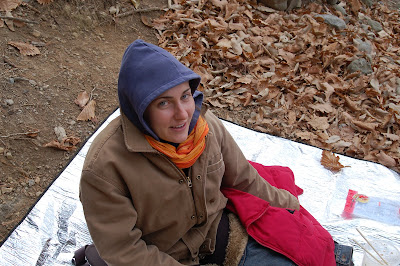 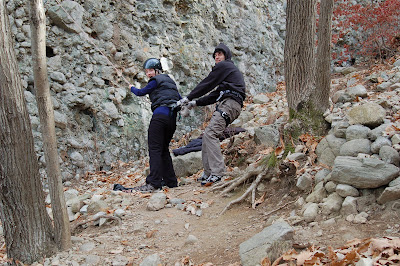 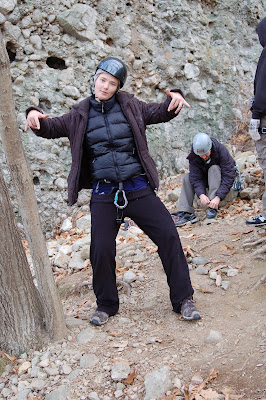 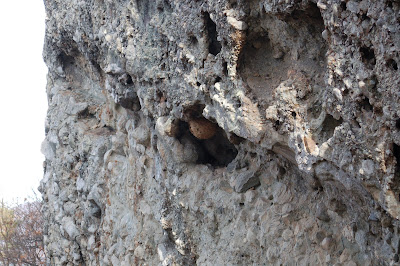 Ginormo wasp nest...glad most of them were not out and about 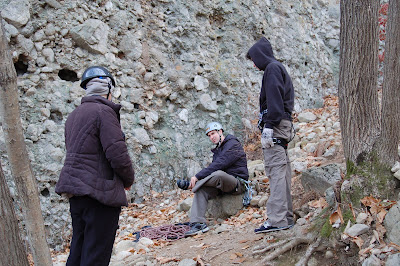 Getting ready to climb
If you recall a few months ago our very first rock climbing adventure we took a 5 hour unexpected bus trip without any food or water and no idea we were sleeping away from home.  Well, Saturday we ventured back to the same crag.  This time we rented a car, loaded up with food and water and knew that we were in fact not sleeping there overnight.  The 5 hour bus trip is about 1.5 hours by car! We left Jinju at 7 AM stopped in Wonji to gather Nick and were on our way by 730 AM.  The route was quite straight forward no mistakes and so we were at Maisan at 9 AM.  Our car had a thermometer of the temperature and it said it was -4 Celsius (28 fahrenheit) outside. So, as prepared as we were it was cold.  We hung around the temple for a while and spent money that we didn't have so we had to try and haggle with the woman there, who was very nice and had really good English because she spent a year in Canada.  Some odeang, coffee, swords and more assorted nicknacks later we decided to head up to the crag as the frost was starting to melt.  We got nice and warm on the hike up, we found it this time without going on a 4 hour hike, once there you could feel the chill again.  Nick went up and set up the rope, he had to stop and try to warm his hands on the way up, the rock was freezing.  Once at the top though the sun was hitting the rock and it was nice and warm.  We all got up to the top experiencing the same freezing pain on the lower part of the rock and the amazing warmth near the top, and the amazing view.  Our last trip I couldn't even make it up one climb this time I made up both the ones that I attempted, there was some yelling at the rock but I did it...woohoo!!!  Around 4 we packed up and headed back to Jinju for some birthday and going away celebrations.  The rented car was supposed to be returned by 745 PM, so we ordered some delivery and as soon as we sat down we realized we had to go return the car.  So, I hopped on the bike and Nick in the car and off we went (it was really cold on the bike), only to get there and see the lights off, no drop box and no sign of life.  I left the bike there and we headed back (about 20 min) to our now cold but delicious dinner.  After that we headed out to some bars with some friends.  Sunday was spent relaxing and sleeping:)
PS - Elisabeth you can send me cookies! and quit harassing me I post as much as I can;)
Posted by Ana at 11:23 AM

that's not nice to yell at E, she just enjoys the adventure so very much!

Good Going Little One!!! Nice to see how strong you are getting! Love MAW

Show me your parents.