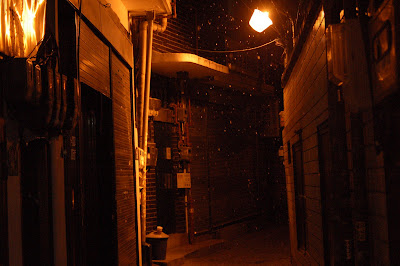 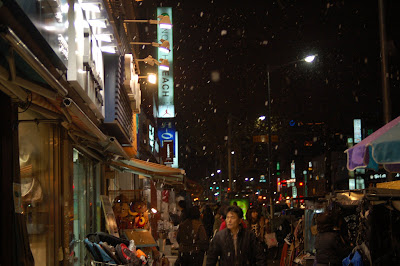 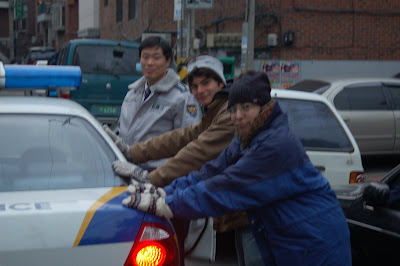 The big arrest (they just asked the cops for directions, then the cops gave them a ride, then they took a funny picture) 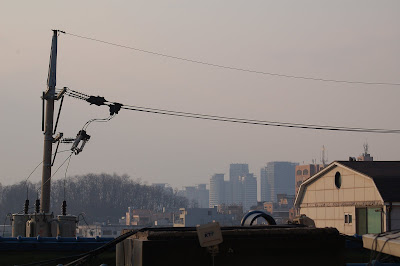 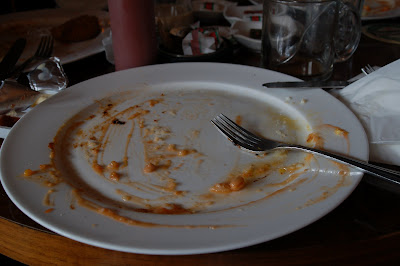 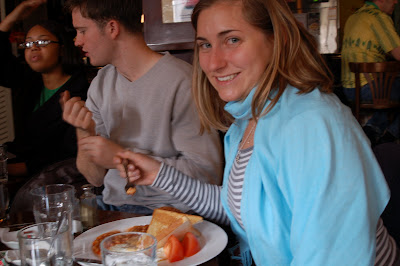 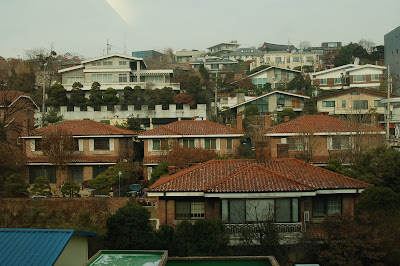 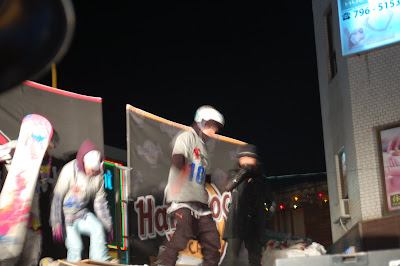 Random snowboard show in the middle of Seoul 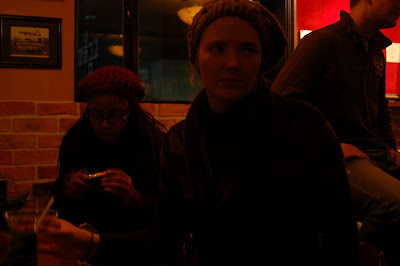 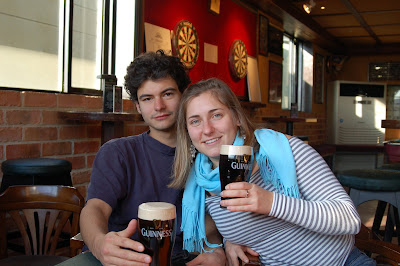 It's a lovely day for a Guinness 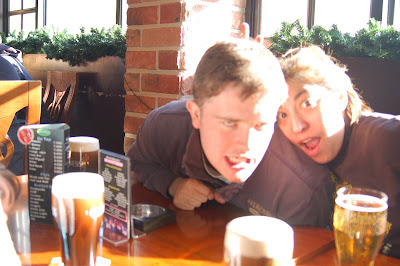 I know, a week, you miss us.  I came down with a pretty bad cold after galavanting about Seoul all last weekend and have been going to bed early every night and waking up late every morning.  I'm feeling better now so I have a few minutes to write.  First, we saw Cirque du Soliel and it was amazing, the things some people can do with their body, wow!  Second, we finally bought our tickets to Japan... Tokyo here we come, woohoo!!!!!
Let's backtrack, we arrived in Seoul around 1pm last Saturday. Our friend Dale had to go to the DMV to get a Korean drivers license because it would be faster than getting an international one from England.  Well, we arrived found the right subway stop and hopped in a cab, only to be told that the DMV closes at 1pm on Saturdays, it was about 130pm when we got in the cab.  Dale was not so happy.  Then we ventured on to Itaweon, the foreigner district of Seoul, where we happened into an English pub that had Guinness on tap and fish and chips for lunch.  We played some darts and some pool and waited for the rest of our party to arrive.  A group of 7 people is hard to get motivated to get up and go.  We knew we should leave an hour to get to the show and get there a few minutes early.  Well, that didn't happen, less than an hour before the show we were still checking into the hotel, it can be frustrating in a big group.  We rushed to the subway because the bellboy said subway would be faster than a taxi at that time.  We made the first train perfect, on to the second train. I was in the lead trying to get everyone to go faster, New Yorker Ana was kicking in, as I ran down the steps there was a subway pulling in, so obviously I got on....no one else did....I don't have a cellphone, everyone else that we were with does.  I made it to the final stop at just about 8pm when the show was about to start, and I waited and waited and waited and waited for the rest of the group to arrive.  I asked a random man in the subway, in my extremely broken korean, to use his cellphone, no answer.  So,  I waited some more and then asked another guy to use his phone, he spoke really good English and was super nice.  He walked me out of the subway and waited with me until I could meet up with Mike.  When I called Mike to clarify something and Mike didn't answer he kept saying, "Why doesn't he answer, it's cold, where is he? Why doesn't he answer?"  I didn't have an answer for him.  Finally almost 45 min late I got into the show, I wasn't too happy about missing the beginning (the tix were expensive) but after seeing the show I was cheered up.  Back to the hotel, where I attempted my own version of Cirque du Soliel and everyone laughed at me, I could be in the show I swear!
We ventured back out into Itaweon and found a bar with live music.  Some of our friends went to another club and some went to bed.  We ended up staying in the bar until almost 4am hanging out.  Mike and I were the last to go back to the hotel and they had kindly left the bed for us, oh yea, there were 7 of us in one hotel room, with one double bed and one single bed and a big floor.  Mike told the girls that they could have the bed, so three of us squeezed into a single bed.  In the middle of the night I tried to roll over and pushed my friend off the bed, it was quite hilarious, I decided to move to the floor after that because I felt bad.
The next morning we had a traditional English breakfast back at the bar (this was about 1pm, breakfast is a loose term).  Then a few of us girls decided to go shopping (and spend too much money).  Mike and co. went to the bookstore, got arrested;) and went to the batting cages.  We met up later tired and hungry and got some Thai food.  We didn't leave Itaweon the whole weekend which I think means we miss home a bit.
Back at the bus station some more shopping, I was all shopped out and so Mike, Dale and I went to get our bus tickets.  Our tickets were for 830, only a 40 min wait, by the time the others got their tickets they had to wait until after 10 to get a bus back (it's a 4 hour bus ride).  Glad I was all shopped out and got home at a semi decent hour.
5 days until Jude and Bill come!!!!
Oh, and we took Samjin back to the vet with our Korean friend and the vet said he's fine...I sure hope so!
Posted by Ana at 12:33 PM

"From out hotel"
so what, you're speaking korglish now :)

but i shouldn't make fun, an honorable mention in the blog, go us!!!

Yoshee and I went for a walk / run down to Sparkle Lake, it's starting to freeze. I've got to train for the outdoor fitness circuit!!

I'm jealous!!! And sad that I couldn't fit in Jude and Bill's suitcase!!